Home » About Us » Our Physios » Usha Krishna-Gfeller

This image may be subject to copyright. 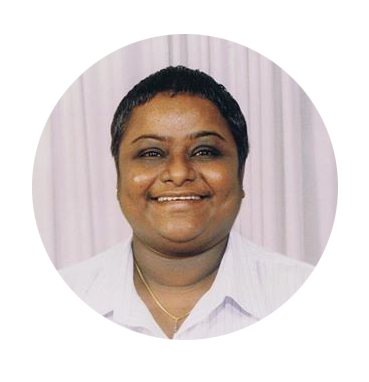 The Director of the Clinic - Usha Krishna-Gfeller has been a Clinician since 1992. She is a graduate from Fiji School of Medicine and had many continuous studies since then. Usha loves being an Outpatient Physiotherapist but her special interest lies in Sports Physiotherapy and in Women’s Health.

Usha began her career with the Ministry of Health as a Physiotherapist till 1996. Then she worked in Michigan, USA and after completing her contract as a Physical Therapist, she returned to Fiji where she started her Private Practice. Then after some years, Usha lived and worked in Switzerland but returned to Fiji in 2004. Since then Usha has been practicing at her Clinic at 73 Suva Street In Suva, Fiji.

She is very keen in Sports and has been providing Sports Physiotherapy Services to various sporting organizations since 1992. She has worked as an Honorary Sports Physiotherapist with the Fiji Amateur Sports Association National Olympic Committee (FASANOC) since 1992. She has been travelling as the Fiji Team Physiotherapist for International tournaments including Olympics, Commonwealth Games, Youth Games, Oceania Games and numerous Pacific and Mini Pacific Games.

Usha has many professional achievements and has been attached with many organizations. On the 17th of June 2011, Usha has created a history for Fiji Physiotherapists by being elected as the Vice Chairperson for the Asia West Pacific Physiotherapy Organization (AWP) which has 21 countries as members. AWP is one of the 5 Regions in the World Confederation of Physical Therapists (WCPT).

Usha loves her Profession and loves to assist any person in need. She believes in humanity and is a kind hearted caring person.